“Meaningful conversations matter
and help to guide us toward a better version of ourselves.
They are the solution to deepening the effect of our work and creating the impact that
we want to have in the world.”
~Andy Vasily 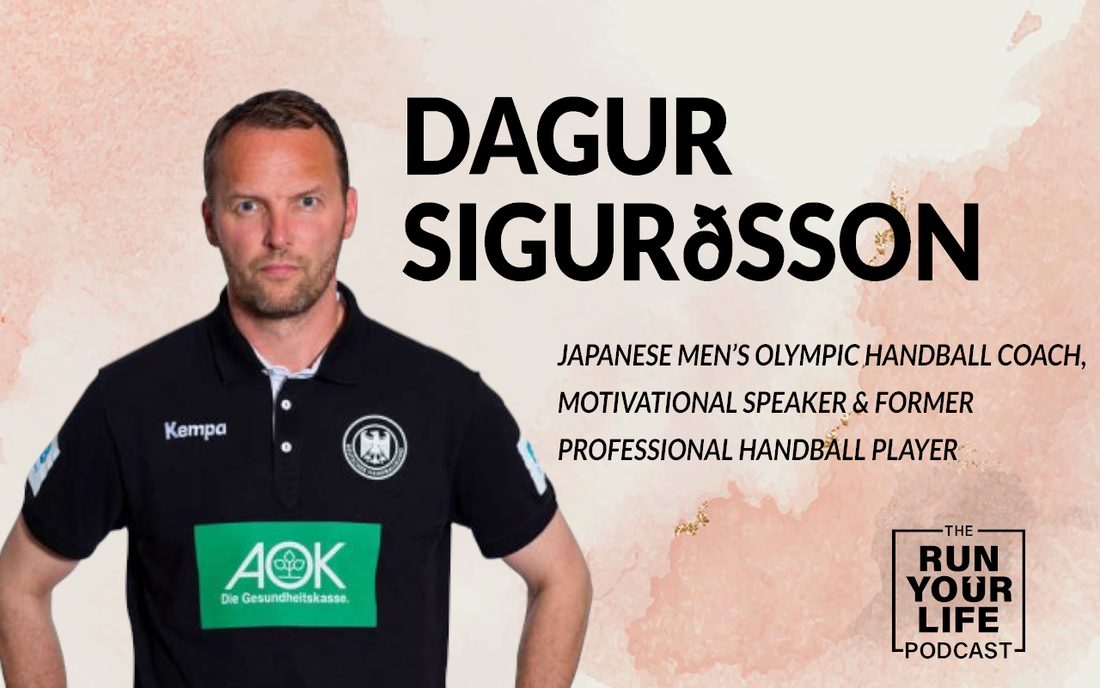 Click on photo to access episode with Dagur Sigurdsson
Dagur represented his country of Iceland in the Summer Olympics held in Greece in 2004 and over the years developed himself into a world renowned coach in the sport. He spent time in Austria before going on to coach professionally in Germany and lead the German men’s national handball team in the world championships and the Olympics.

Dagur has a distinct coaching style that sets him apart from others and as you listen to this episode, you will learn about what he believe is most important in leading and coaching others and how he strives to deeply connect with those around him in order the lift them up and push them to be their best.

As a family man, he is deeply committed to his loved ones and as a coach/mentor to his athletes, he is equally committed to helping them strive for excellence and through his leadership, he believes that context is everything and that a leader must deeply understand the context of the organization in order to put leadership moves into action that spark continued growth and progress.

Dagur is on a mission as the Japanese men's Olympic handball coach and recently had the opportunity to lead his team in the Tokyo Olympics. He has signed on through the Paris 2024 Olympics and everything he is now doing is helping to plant the seeds for slow and continuous growth over time in order to put his athletes in the best position possible for competition. As well, he is deeply committed to spreading a love of the game of handball in Japan. I hope you enjoy this episode as much as I did. 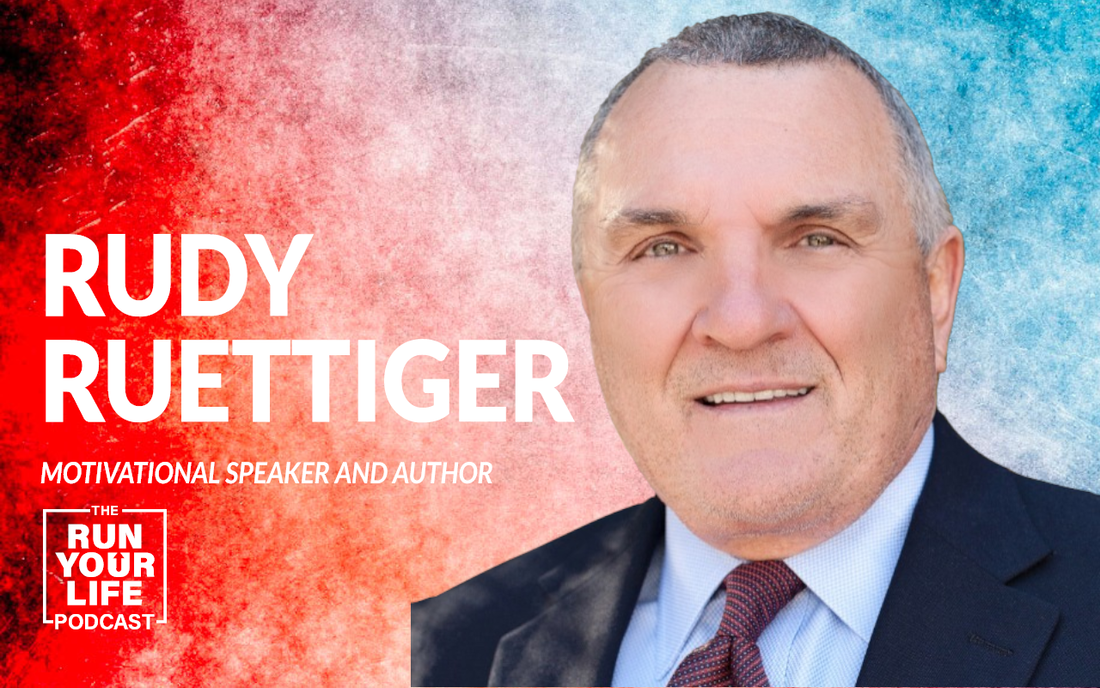 Click on photo to access episode with Rudy Ruettiger
The story of Rudy Ruettiger captured the hearts of football fans across America. He has devoted his life to inspiring others to never give up. He will join me for a discussion to share life lessons learned through his own pursuit of excellence in sport and how he was able to develop the resilience needed to pursue the dream of playing for one of the best university football teams in America. Rudy is a motivational speaker and author and continues to help others strive for greatness in their own life. 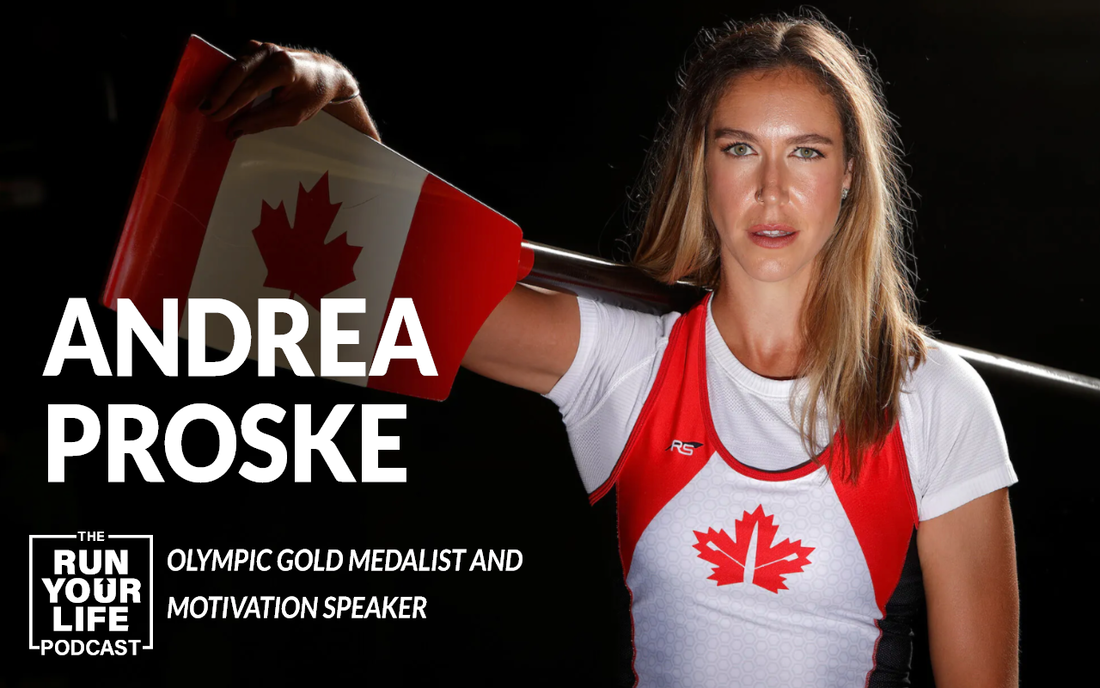 Click on photo to access this episode with Andrea Proske
My guest today epitomizes what it means to follow a dream and to completely transform oneself into an olympic champion. Andrea Proske joins me for a discussion about her amazing life journey. At 27 years old, Andrea had very limited experience with team sport and although an active person by nature, she had never pursued excellence in her life through sport, let alone had never rowed in her life.

At 27, She was working in the hotel industry at the time and had the opportunity to compete in her first Tough Mudder race. After this race, she became inspired to change her life and to find something new and challenging to tackle. As she says in this episode, she felt stuck in her life, not sure what to do. She wasn’t sure what this new challenge was going to be, but would go on to give rowing a try and what a story this turned out to be as 3 short years later she earned herself a spot on the Canadian Women’s National Rowing Team.

In our conversation today, we unpack the roles of resilience and determination in Andrea’s life and how she was able to overcome numerous obstacles throughout the 8 years that she took up the sport of rowing, including a serious accident in 2015. In Andrea’s own words, Failing forward quickly became her motto…. she braved injuries, underperformance, the firing of an abusive head coach, falling out of the boat more times than she cares to admit,  a global pandemic and a historic Olympic postponement. But along the way she learned valuable lessons on handling failure, burnout, uncertainty… and the power of sisterhood.
​
On Friday, July 30th, Andre Proske’s dreams came true as her and her team of 9 won Canada’s first gold medal in rowing in nearly 20 years. In this episode, Andrea talks about the Tokyo Olympics and what life has been like since winning gold. She also shares the work she is doing now and what her biggest hopes are in moving forward in her life.
Wherever you are in the world listening to this, I hope you find value in this discussion as there is so much that we can learn from Andrea’s journey. 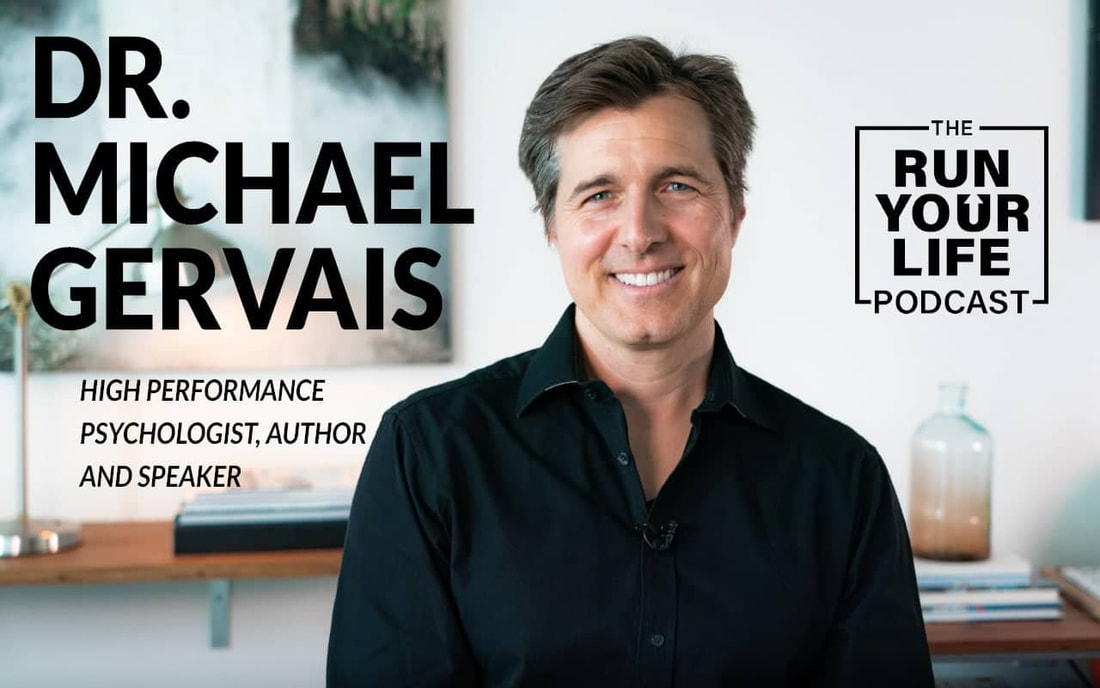 Click on photo to access this episode with Dr. Gervais
Dr. Michael Gervais' Biography:
As a sport and performance psychologist, Dr. Michael Gervais is one of the world’s leading experts on the relationship between the mind and elite performance. Over the course of a 20-year career working with world class performers and organizations, Dr. Gervais has developed a  framework for the mental skills and practices that allow athletes to thrive in pressure-packed environments. Gervais’ influence can be felt across many touch points of popular culture.  His clients include the NFL’s Seattle Seahawks, world record holders, Olympians, MVPs from every major sport, internationally acclaimed music artists, and Fortune 50 CEO’s.

Gervais has worked across  three summer Olympic Games (Tokyo, Rio, London) and two winter Olympic Games. He has served as the Olympic high-performance psychologist for USA Beach Volleyball,  USA Beach Volleyball, USA Women’s Indoor Volleyball, and, most recently, USA Surfing in Tokyo. Dr. Gervais is the host of the popular Finding Mastery podcast that explores the psychology of the world’s most extraordinary thinkers and doers.

Dr. Gervais holds a doctorate degree in psychology, specializing in sport performance, and a master’s degree in kinesiology. He completed his PhD under the mentorship of Dr. Bruce Ogilvie, often referred to as the father of American applied sport psychology.

Summary of this episode:
In this episode Dr. Mike and Andy dive deeply into the themes of personal excellence, vulnerability, self-awareness and pursuing mastery of things that matter most. We begin with a brief discussion about early days in Mike's life and some of the strengths that he had developed that have gone on to serve him well in the work he now does. This helped to set the tone for the rest of the conversation and to open doors into other important themes related to what Michael has come to understand about himself and his craft through his own Finding Mastery podcast as well his amazing online course Finding Your Best: Compete to Create that he co-designed with business partner and friend, Pete Carroll, head coach of the Seattle Seahawks. You'll be sure to get some valuable takeaway in this episode that you can hopefully apply in both your personal and professional life.

What others are saying about this episode?
Featured Episodes
Click on any of the photos below to listen to the episode 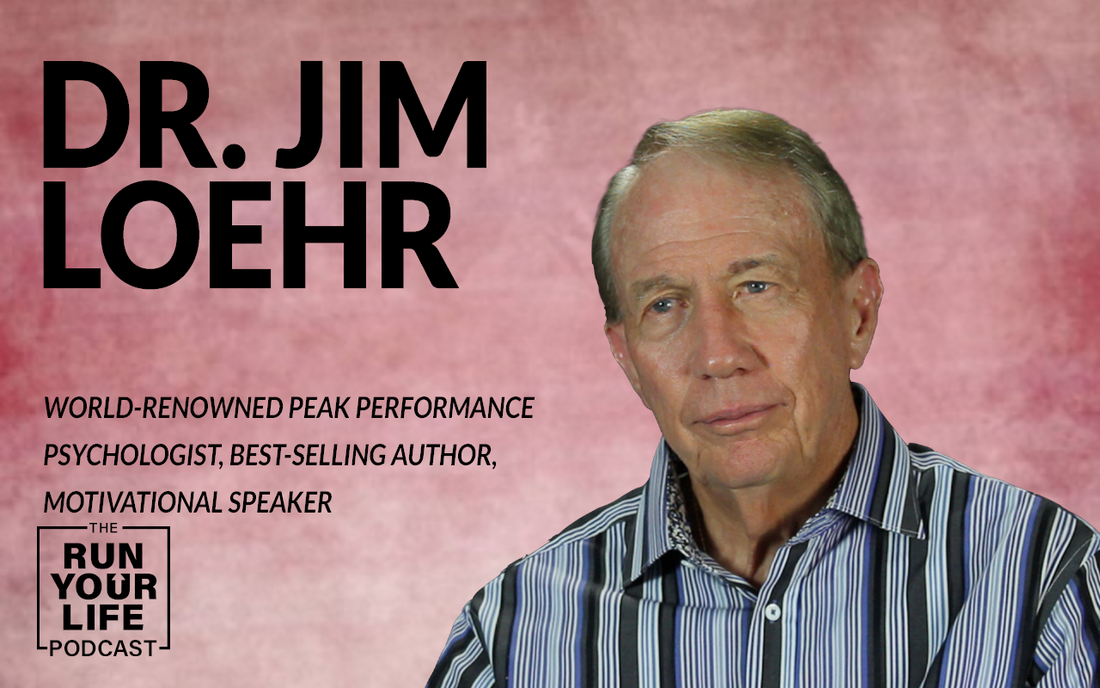 Dr. Jim Loehr: Leading with Character-Ten Minutes a Day to a Brilliant Legacy.
"The power broker in your life is the  voice that no one hears. How well you revisit the tone and content of your private voice is what determines the quality of your life. It is the master story-teller and the stories we tell ourselves are our reality." 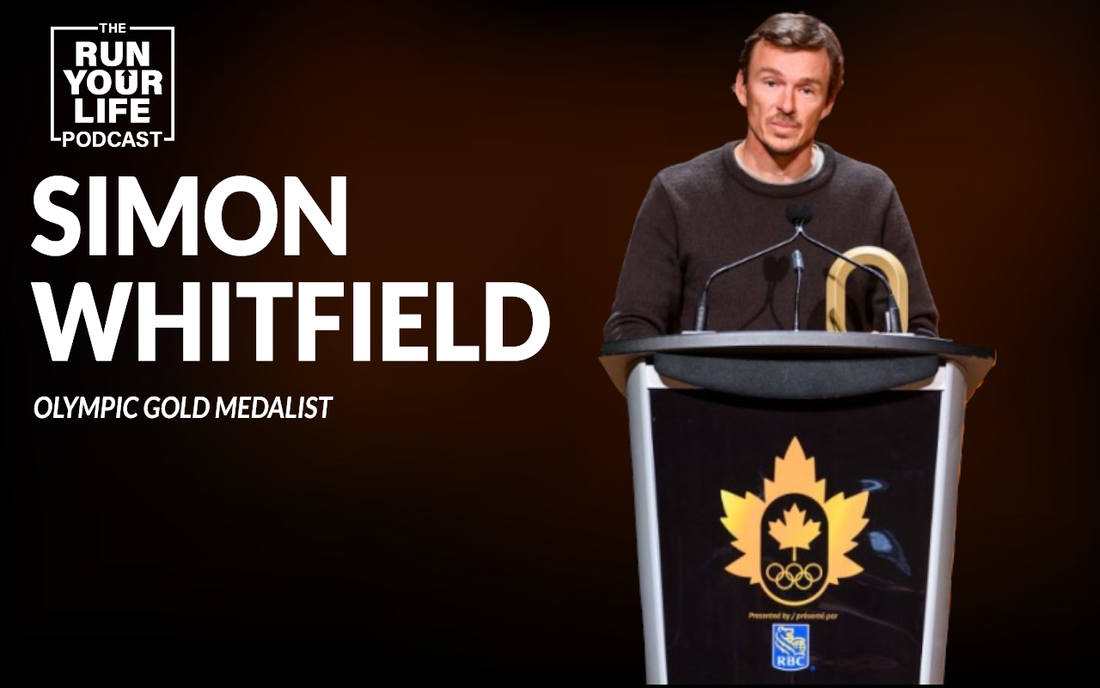 Simon Whitfield: 4-Time Olympian, Gold Medalist, 14 world titles and 12 national championships in triathlon
​"I stood there at the start line
​for the Sydney Olympic triathlon that would take place 7 years later……I’m the first person there and I’m the first person to visualize…….I believe that it is so critical to see in our mind’s eye that which we want to produce as is what we think we will become. That’s all that I thought about and I believe there was magic there with that win, it wasn’t just a coincidence.” 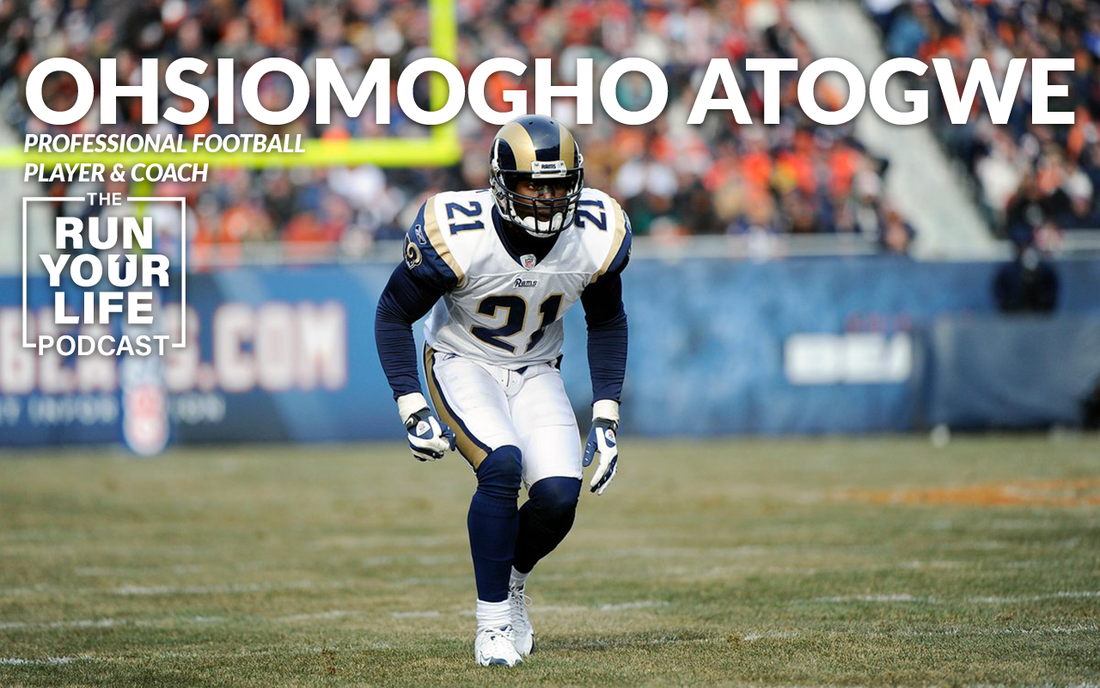 Oshiomoghu Atogwe: Former NFL standout defensive player for the Rams, Redskins, and Eagles
​"Growing up the youngest,
part of you has to develop that independent, self-driven will. If you are going to get something accomplished, you have to be the one who is the 'driver' of it. God blessed me with that innate sense of being self-driven, things come from within me to outside of me. So having that faith and conviction in my own self was paramount at a young age."​ 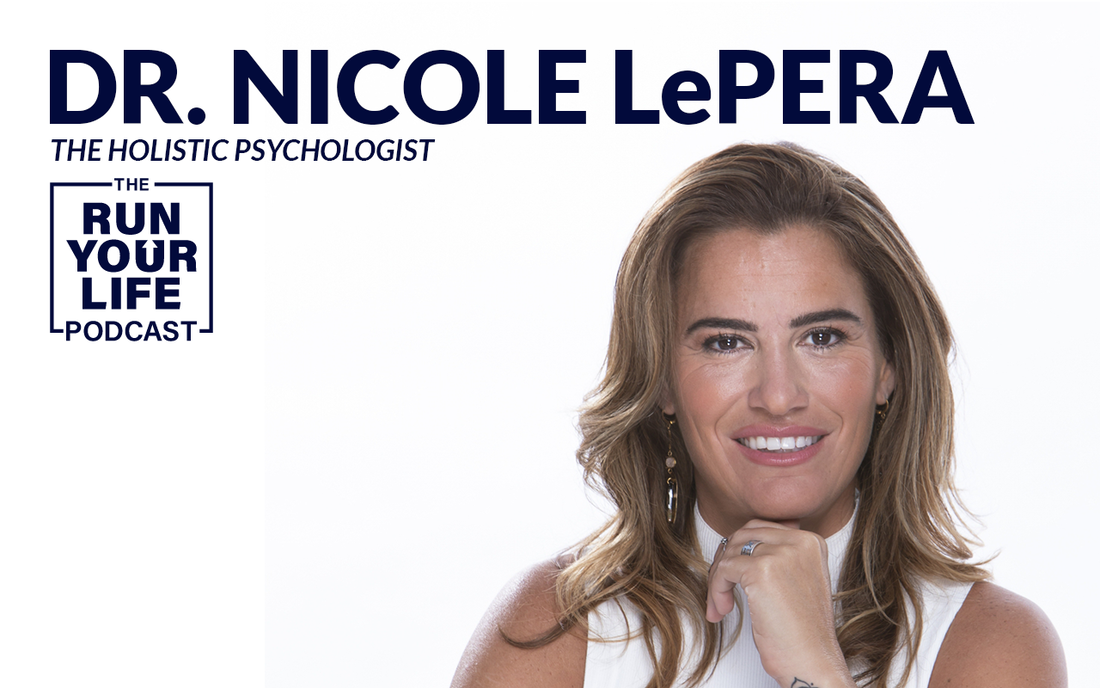 Dr. Nicole LePera: The Holistic Psychologist and Best-Selling Author (How To Do The Work)
“Not everyone wants to get better.
And that’s okay. Some people have an identity tied to sickness. Others fear true wellness because it is the unknown and the unknown is unpredictable. There is comfort in knowing exactly what your life will look like, even if that reality is making you sick.” 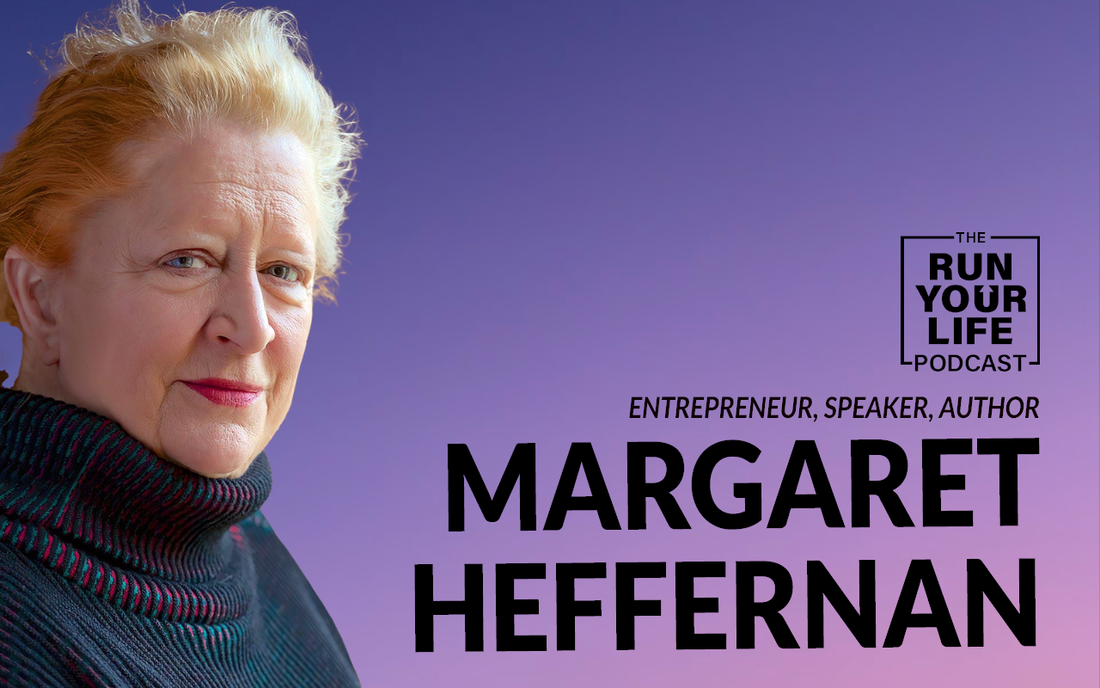 Margaret Heffernan: Best-Selling Author, Speaker, and Entrepreneur
“The combination of power, optimism and abstract thinking makes powerful people more certain. The more cut-off they are from others, the more confident they are that they are right.”
​ 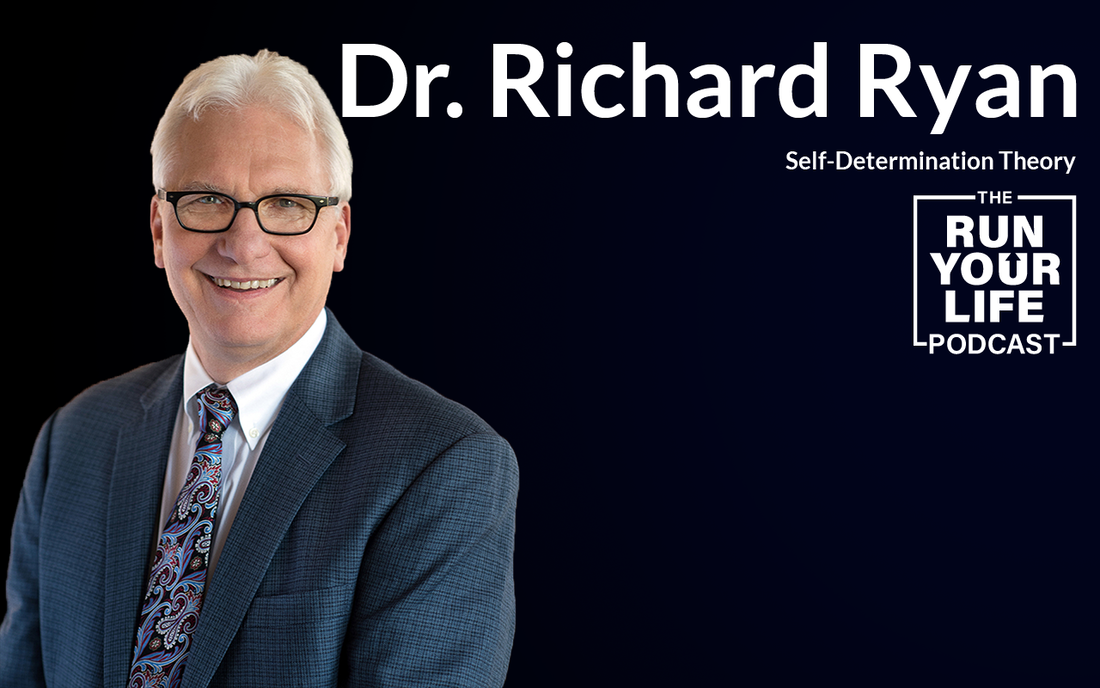 Co-Developer of Self-Determination Theory, Author and Speaker
"We've always been interested in
factors that facilitate or undermine motivation, and in investigating that, we came on the idea that there are some really basic psychological needs that everybody has, whether they're in the classroom, workplace, or sports field, that help them thrive and have their highest quality motivation. Those basic psychological needs are autonomy, competence and relatedness."
Striving For Excellence
Welcome to the Run Your Life Show. Each week Andy dives deeply into discussion with high-level performers from the arenas of elite sport, education, mental health & wellness, business and the arts, to better understand how they thrive and flourish within their own unique contexts. These conversations are about exploring human potential, as well as each person's capacity to make a strong and lasting impact in the world through their craft.

Whether it's an Olympian pursuing their next gold medal on the world stage, a professional athlete explaining how they have excelled in their sport, an educational researcher discussing how to cultivate deep learning in the classroom or a best-selling author analyzing their life's work, there are deep lessons that can be learned by any listener of Andy's podcast to improve their performance, sharpen their mindset, and deepen the impact they can have in the work that they do.

This podcast has been downloaded in over 75 countries by thousands of people around the world and the number of listeners is growing steadily! Hope you find value in these discussions.

This podcast started off as a passion project back in 2015, and it has led to me interviewing so many brilliant people from around the world, all of whom are striving to carve out their own unique path of excellence. I'm constantly learning from these discussions and it is my hope that anyone who listens to the podcast will feel inspired to reflect upon their own work and the difference that they can make in the world. THANK YOU for tuning into the podcast and sharing it with those who you feel will benefit from listening to it."
~Andy Vasily 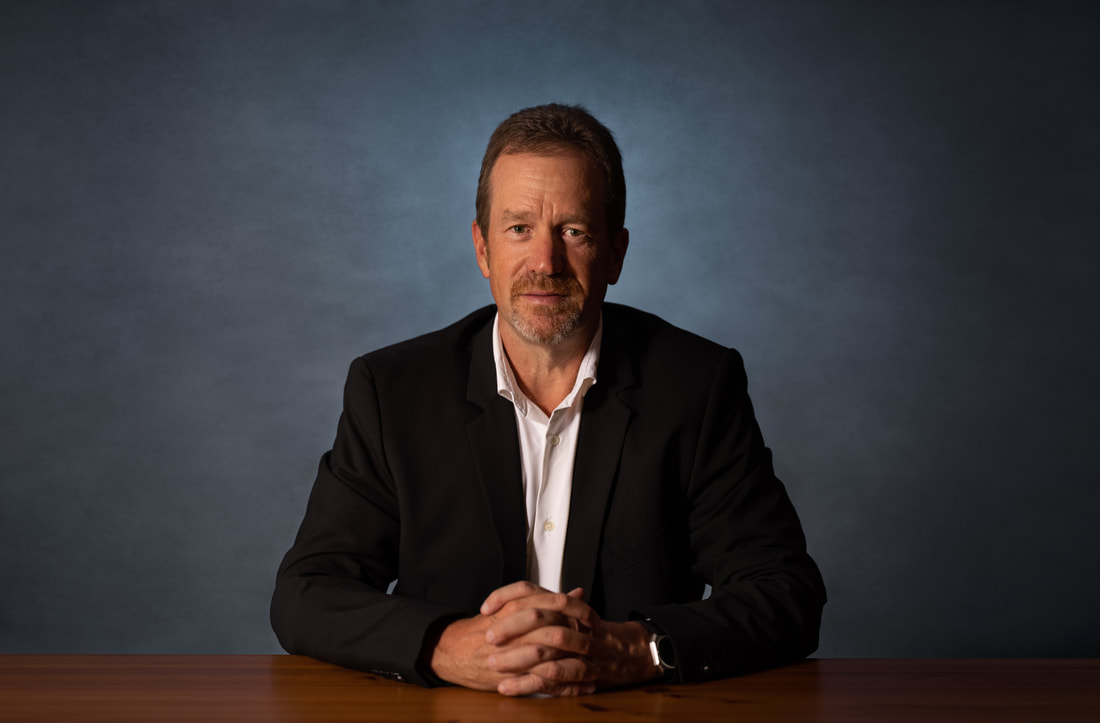 Connect with Andy Vasily on any of the following social media platforms:

Andy's TED X talk focuses on the importance of mental health, well-being and the positive impact that sport and physical activity can have in a person's life. The talk was given at the King Abdullah University of Science and Technology.